Laravel makes use of a lot of powerful third party libraries and assembles them into a badass unit like Captain America does with the Avengers.

I found out that a powerful library for Markdown parsing called commonmark is already part of the team. I wanted use it during the relaunch of this blog because my posts are written in Markdown.

In this post I will explain how I was confused, then happy ...and then customized the library and implemented a custom extension for lazy loaded images.

I really needed this extension because I tend to use way too many childish GIFs.

By the time of writing, Laravel 6.x uses its internal Markdown parser for one purpose only: To make Markdown Mailables possible.

These Mailables are a weird but wonderful mix of Blade and Markdown syntax.

All the rendering for this beautiful beasts is done by the class \Illuminate\Mail\Markdown, making heavy use of sections and layouts.

Hidden inside of these blade files there are direct calls to the one function that is important to us in this context:

With this static method we can already use the internal Markdown parser for our own markdown files:

Now that's pretty easy 😍 - but we are bound to the configuration Laravel dictates, so let's not stop here.

¶Okay, how to configure it?

The \Illuminate\Mail\Markdown class is specialized in rendering mails for Laravel, so why toy with it. Let's configure the underlying library on our own!

You can already see things that are happening here:

If you set up your converter like this, you can do many more customizations without even really diving into depth.

I for example added the package's native External Link Extension to have links open in new windows.

Hm, but what can you do when there is not extension available for the functionality you want?

I wanted to add lazy images to my posts since it is a performance best practice - but I did not find an extension for this.

When you are only looking for lazy images you can download my extension, if you want to see how I did it and maybe want to create your own extension keep on reading!

If you are used coding in Laravel the League\CommonMark library feels a bit old school. The setup and the configuration confused me already.

I don't mean to make a derogatory comment here though - the library is insanely flexible the authors did awesome work. You can alter almost everything and even access the generated AST before it is rendered to HTML.

So before writing anything, we need to talk a little about the concepts:

The library thinks in parsers and renderes. Parsing means "recognizing a pattern in markdown and adding it to the things that should be rendered". Rendering happens after all the parsing is complete and is the actual transformation of the data into an HTML string.

It gets even a little more confusing since the library distinguishes between the handling of blocks (like paragraphs) and inlines (like images, bold text) . Both types have respective parsers and renderes. 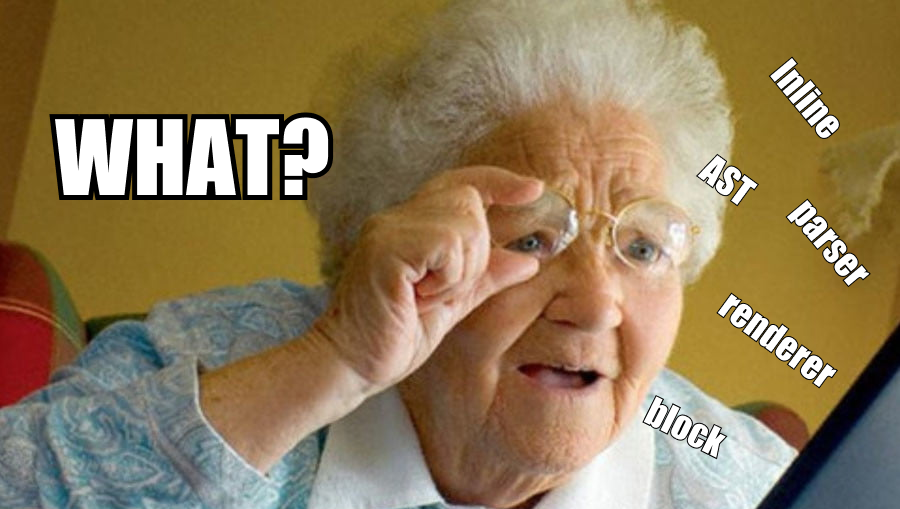 I will not go more into depth here because in many cases you will not write your own versions of these.

Most of the core extensions work in more understandable way: They don't add parsers or renderers, they just change the already created data by adding a few things. If that's your jam maybe look at the source of the External Link Extension, it's quite easy to understand.

Since I wanted my lazy image extension to not only add something like an loading="lazy" attribute but also to support lazy loading libraries I had one main problem:

The native work like checking for a secure source of an image is implemented in a renderer, not in a parser. I therefore needed to alter the output after rendering - to then optionally remove the src and add that in a data- attribute.

In first naive approach was to simply copy the whole original renderer, adding my own functionality and making the core or the package use my class instead of the original:

That works but is no way to live your life. The replaced ImageRenderer might change in the future, receive security updates and people using our extension would not benefit from those.

I needed the processing inside the native image renderer to run before my functionality. Extending was not an option because the classes are final - something I saw many discussions about, but it was the first time it affected me. 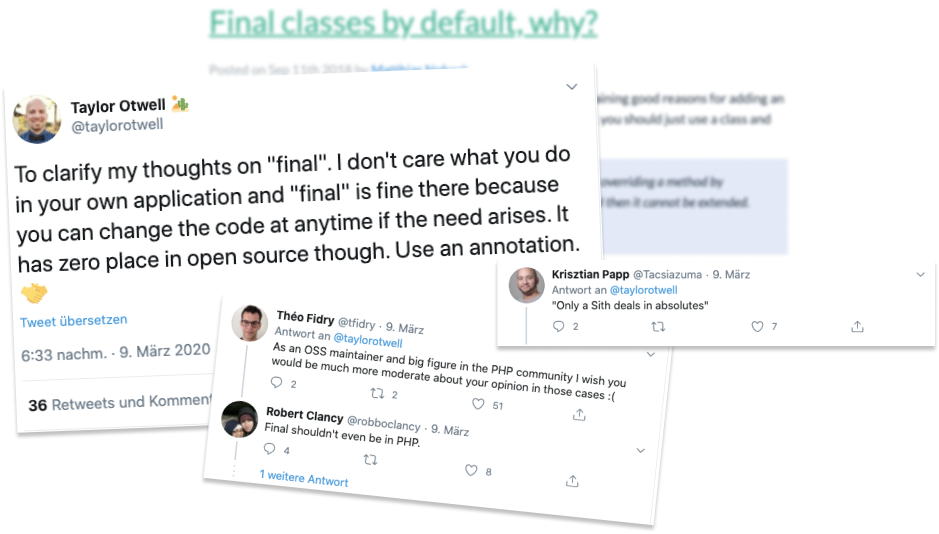 I still have no final (eheh) opinion about this. There was already a discussion in the issues so I will not rehash it here. I get the argument and respect the package author's decision.

I ended up not subclassing but calling the original renderer and modifying the output in a composition over inheritance approach. Put simply: My own class just uses the core image renderer, gets it's output and changes that output.

Then you just tell the library itself to use your renderer instead of the original one, like in the first naive example.

The actual programming that needed to be done after that was quite simple, but that is the whole reason I wanted to write this post: Usually the implementation of a feature is way less complicated than finding a way to start.

I just added a few customization options that you can look up in the documentation of the package I created.

Working with these options is really straightforward:

The resulting code of the renderer should be pretty understandable now.

Extending and tailoring Laravel's Markdown library to your needs is fairly straightforward once you wrap your head around the concepts.

I found an approach to not only glue some things to the existing output but to alter the behavior of the package core with my lazy image extension.

I hope this little exploration helps someone out there trying to extend Laravel's and therefore the commonmark package's functionality! 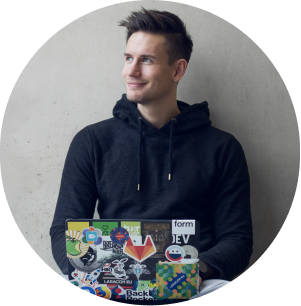